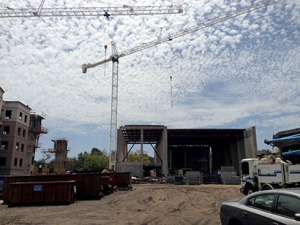 February and March were interesting times at the Gaillard Center. Underground work was halted as bodies were discovered during the excavation process. State archaeologists were called to the site to properly deal with the remains; they believe that these bodies are as old as Charleston itself, which was first settled as Charles Towne around 1680. For more information, please the Post and Courier’s article from March 27th, “Bodies buried at Gaillard site likely came from lower rungs of society”:The Post and Courier

Meanwhile, we are hard back at work on the underground piping. Work is slow going as much of the dirt on site is highly unstable: all work in these trenches must be performed within a trench box in order to protect our workers from cave-ins: 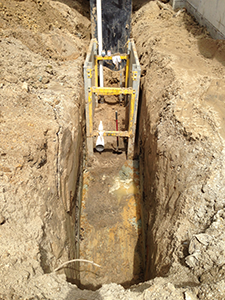 As you can see, these are tight quarters! 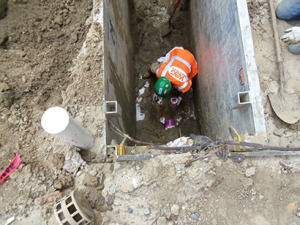 Take a look at our completed projects.

How May We Be of Service?